With everyone on board to tour the city, we headed to what was the Pope's Prison but is now a National Museum.  There is a large raised walkway that leads from the Vatican to this "castle."  The views of Rome from this vantage point were beautiful. 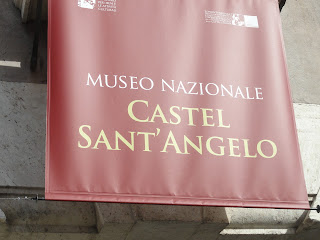 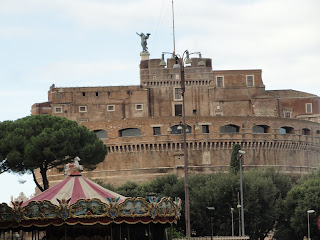 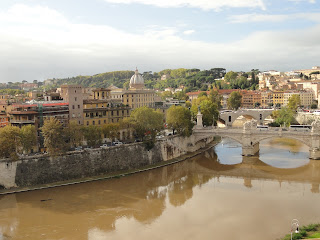 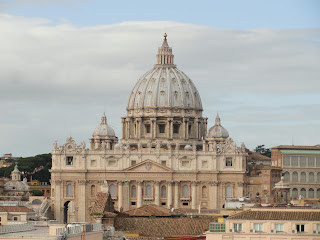 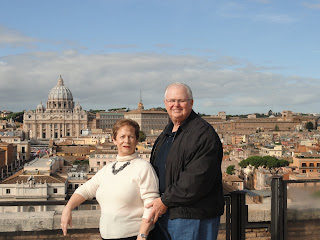 From there we went to the Coliseum.  The "technology" that went into the building and use of this Roman Theater is amazing.  We were taken underneath where things were staged and even saw the cages where the lions were kept!  The raised floor, use of water to flood the arena, etc. were all explained to us.  I found the hounds tooth tile flooring which is original very interesting.  I like to view things that remain as they were. 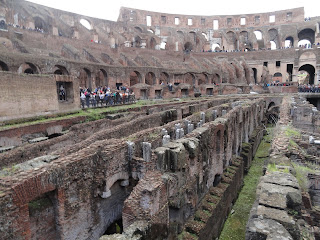 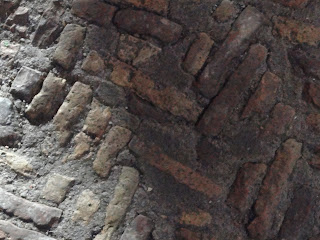 Here is a stone that had carving on it.  Something about the Theater and a date in Roman numerals. 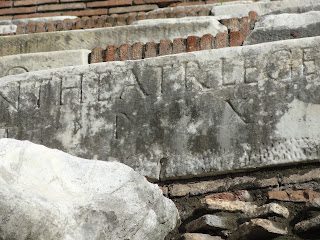 We toured from top to bottom.  One thing in Europe is that you have to be able to walk a lot, watch for curbs and cobblestone streets and be able to climb stairs.  No American With Disabilities Act or Walt Disney to pave the way for you. 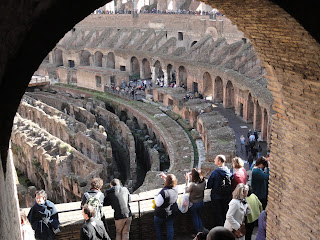 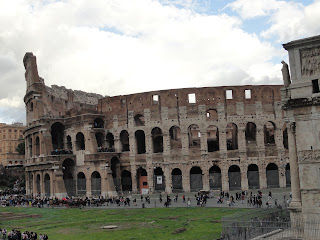 Our next stop was the Forum.  I asked to be in the first group because we were going to be split up.  I needed to use the restroom.  We didn't have enough time to make a pit stop and the smell from 20 feet away was enough to gag a maggot so I toughed it out.  Little did I know it would be three hours before I finally used a restroom in a restaurant where our guide bought the bus driver a sandwich!  There is a real serious shortage of restrooms for Rome's 30,000 daily visitors! 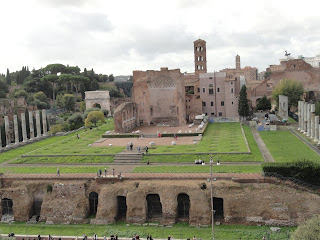 This is Constantine's Arch.  I found the Black Portal in Trier, Germany more interesting because it is still in use. 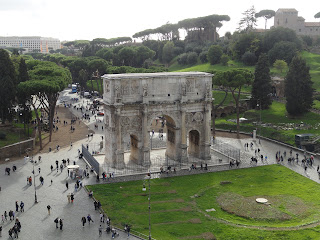 The second group to tour the Forum arrived late and had to scramble and split into two groups to join later tours which didn't make those tour directors happy.  Our guide just didn't have a good sense of timing when dealing with 34 people.

I got a bit out of sync and missed some of the morning things so I will start another blog.  This one is starting to take long to upload because of all the photos in it.